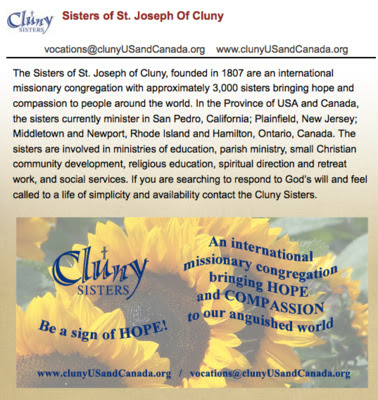 We just received this message from ¡OYE! Magazine!
Congratulations I am happy to inform you that this week
you have been selected to be one of our featured communities
or organizations and the center of attention on the
¡OYE! website's homepage!
Follow the webpage link below and check out
"Communities of Women" Sisters of St. Joseph of Cluny.
www.oyemagazine.org
Posted by clunyusandcanada No comments: 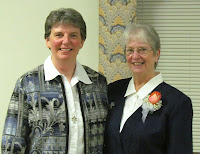 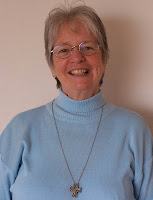 Today, November 11, 2012, the Province of USA & Canada welcomed Sister Luke Parker as our newly appointed Provincial.  Born in Hartford, Connecticut, Sister Luke entered the community in 1964 and spent many years in education in Hamilton, Ontario, Canada and Torrance, California.  During the last nine years Sister Luke served as Vice Provincial of the Province.

November 11th is a significant day in the Congregation celebrating one of our Patrons, Saint Martin of Tours and the baptism day of our Foundress, Blessed Anne Marie Javouhey.

Sister Luke follows Sister Joan Van der Zyden who has served the Province as Provincial since November, 2003.  We are grateful to Sister Joan for her leadership of the Province and hold her in prayer as she now transitions to her new role as General Councilor of the Congregation.
Posted by clunyusandcanada No comments: 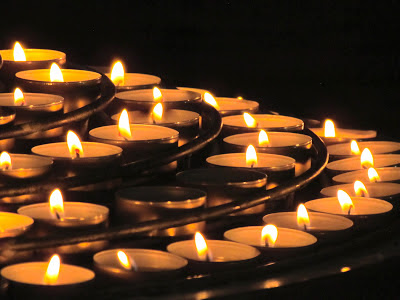 As we continue to be aware of the devastation left behind by Hurricane Sandy, let us join together in praying for all those affected by this tragedy. We pray especially for the families who have lost love ones and for those who have lost their homes. May they find strength in their God and support in the many thousands of people who are working so hard to assist those who are in most need.
Posted by clunyusandcanada No comments: